Wake-on-LAN (WOL) is an Ethernet computer networking standard that allows a computer to be turned on or woken up by a network message.

The message is usually sent by a program executed on another computer on the same local area network. It is also possible to initiate the message from another network by using Subnet directed broadcasts or a WOL gateway service.

In order for Wake-on-LAN to work, parts of the network interface need to stay on.

To support WOL you must have a computer with Motherboard that supports WOL, as well as a Network Controller (NIC) supporting this function. Most of the newer Motherboard (circa 2002 and On), have an On Board NIC that supports WOL. Otherwise you need to install a PCI NIC that is WOL capable.

Devices connected to the router should be auto detected. Not all devices detected can be woken up.

Wake On LAN is usually disabled by default in most PCs. This feature, if optional, must be enabled in your BIOS otherwise WOL isn't going to work. Consult your motherboard's manual and BIOS screen (DEL at startup, usually). If you don't see the WakeOn-type options in your BIOS, usually somewhere in Power Management, your motherboard may not support WOL.

On the LAN adapter of the computer (physical ethernet adapter and/or wireless, given BIOS support), choose Properties/Configure. 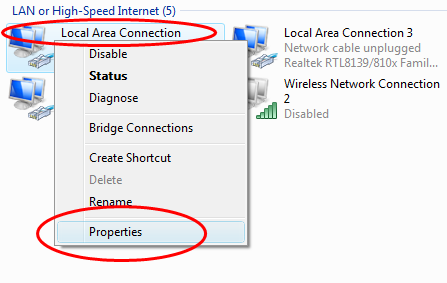 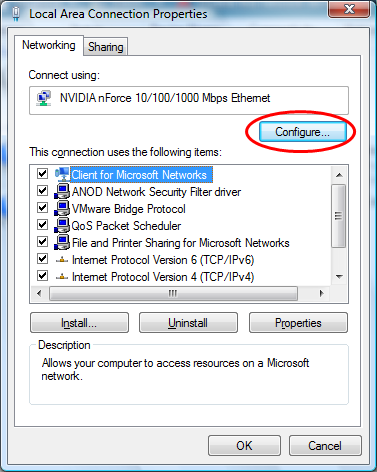 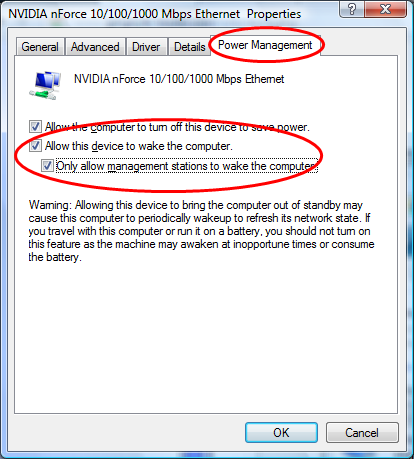 You might want to enable power-on feature as well 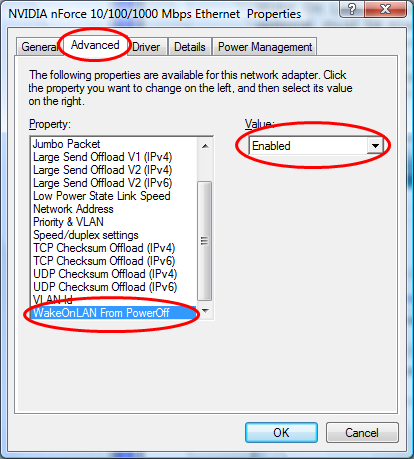 Press OK until you are back at Network Connections.

Now the computer can normally be started from Hibernate, Standby, or PowerOff modes via a special management packet.

Except where otherwise noted, content on this wiki is licensed under the following license: CC Attribution-Share Alike 4.0 International